I am entering Pattern Review's red dress contest. I want to make a red Peony. I was thinking of doing some pin tucks then realized that would be a direct rip off of Mary's red Peony. Since I have already made the Peony, I wanted to fit it a bit more, and make the guts look really great. I made a few adjustments on the pattern and decided to give the whole dress French seams. I've never done this before, but I am a hot mess at it. I have ripped out loads of seams. I have the bodice done though, and it looks fantastic! Here is a preview: 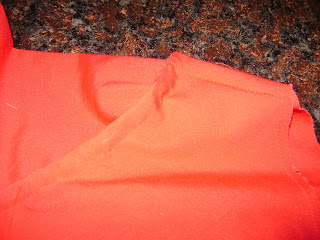 That's right a French seamed set in sleeve...how is that the only part I didn't have to rip out BTW? 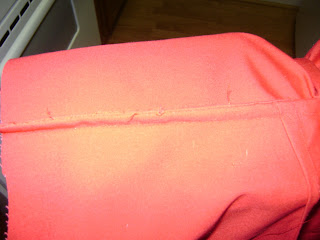 A super chic side seam. 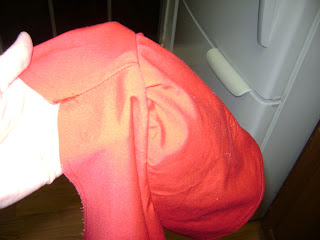 It looks pretty awesome. The fabric is a medium weight twill. It is very crisp and nice; however, I don't know that I should be French seaming twill. Good thing I never claimed to know it all!

Also, today there was a small tragedy at Chateau Stacie. My trusty iron of nine years (only opened in the last year and a half since I began sewing) died. He heated up super hot and burned my board cover. I unplugged him because it smelled like it was burning and he never turned on again. I got a new one to replace him already, but dang. It just doesn't feel the same. Rest in Peace iron.
Posted by Stacie Davis at Sunday, February 12, 2012