I love Simplicity 2599. I've made it before and it is such a cute summer shirt that is nice and cool. 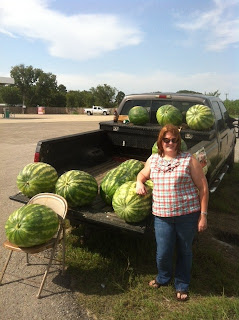 This is the only shot I have of me wearing the new version. We found some girls selling these watermelons on the side of the road. The one I am leaning on is 83 pounds! The wind is blowing and making the shirt less than flattering, but I thought it was a good demonstration of how cool the shirt can keep you. 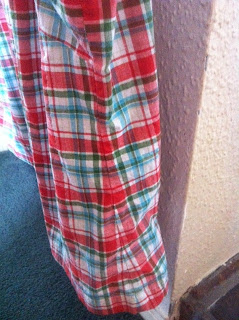 The fabric is a really light cotton with a little bit of stretch in it from Joann's clearance. The label had stickers all over it, so I am going by what I could tell. I think I matched the plaid pretty well too! 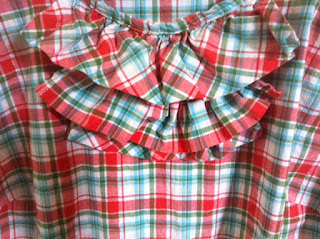 On my three ruffles I had enough fabric to cut two of them on the bias and one with the grain. I alternated them, and I think the result is pretty cute. I also eyeballed the ruffles and made them smaller and more ruffled as they went lower. I also finished the neck with bias tape to help keep that top ruffle under control. 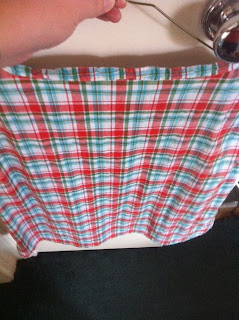 I also omitted the button on the back and just cut it on the center instead. I never use the button on the other and instead slip it over my head like a t-shirt. This shirt is an easy win and great for those hot summer days!