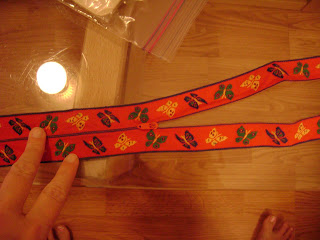 I'm speechless! It is a 20 inch long zipper. What do I do with this? I need suggestions! I'm so excited I can't be bothered to crop my toes out! You know that is good.


So where the heck did I get this? My mother runs a charity that crochets for premature babies. If you'd like to see more you can visit Project Angel Kisses.
She often gets materials donated to be used, but sometimes she gets things that just can't be used for the work she does. So, I scored.

The box came in the mail and Mr. Thinks He Can opened it for me, peaked in and said, "Couture."

I said, "What does couture mean?"

Note to self: Mr. Thinks He Can is being forced to watch too much Project Runway. He is starting to pick up Tim Gunn's vocabulary. 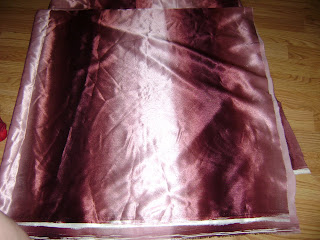 So this was the "couture" on top. It is a nice ombre satin. I'm not exactly sure what to use it for at the moment. I am open to suggestions though. This is a 60" satin, and probably 2.5 - 3 yards of it. 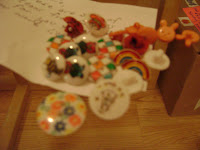 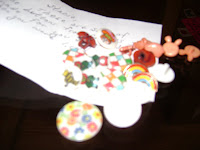 These are the same buttons, just two bad flashes. They are from old clothes of mine. I dig the gold trimmed rainbows and pink pigs the best. 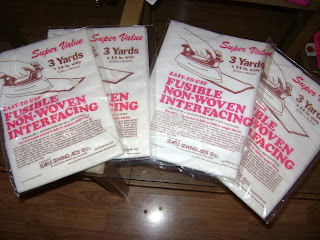 These are all from 1980. Fusible Interfacing was way cheaper then! 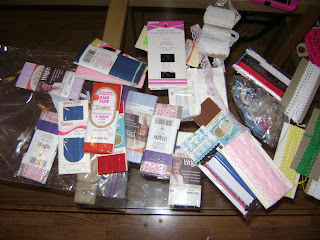 Tons of trims and tapes, some old and some new. 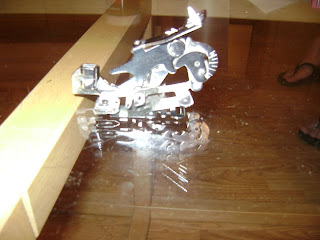 Oooooh, ruffler foot. Hopefully it fits on my machine! 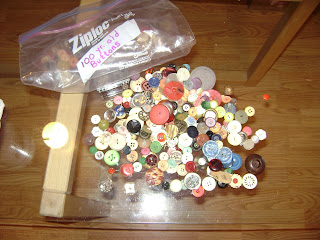 These buttons were given to my mom and she was told they were over 100 years old. Some look plastic, but some may be legit. 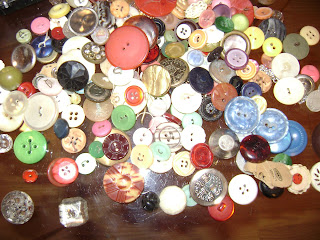 Here is a closer look at the 100 year old buttons. There are some good ones in there. 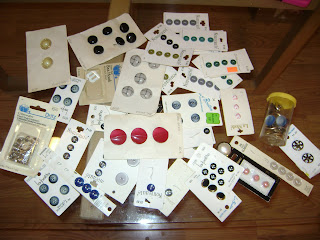 More buttons, there are even more in the package, but I just didn't get them all out. 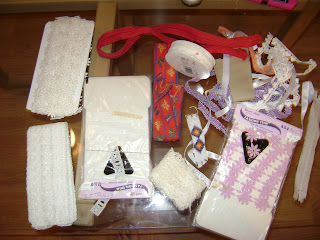 Here are several trims, the awesome zipper is in the middle. I thought it was just ribbon!  You've gotta love the little bead loom strip right there to the right of the zipper. Remember those? 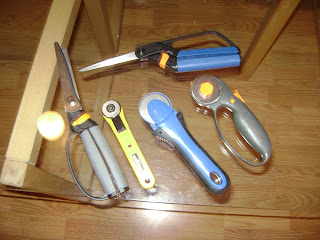 Several rotary cutters and scissors. You can't have enough of those!

Would anyone be up for a send along exchange kind of like The Sew Weekly did? I can't find the exact archive. I'll send a trim/button package along and everyone can see what you can do with it?