My Bathroom: A love story

So this is a gratuitous use of a sewing blog, but I bet a few of you may have some suggestions.

My contractor just completed a remodel of my bathroom. No, it won't be mine for long as I plan to sell my little condo in the Heights. Once upon a time it was just me and two bedrooms and two bathrooms were a mansion compared to my apartment dwelling days. Then I met Mr. Thinks He Can and the condo got smaller. Then I met little bear thinks she can and the condo (and bed) got smaller. 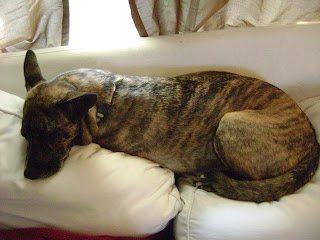 How does a 40 pound dog take up a whole couch..from the top?

Anyway, it was decided we need some space. That means selling the condo and heading out past the burbs on to hopefully a good acre size lot up North. Yeah, we're extremists here.

I'm rambling. I have some gratuitous shots of my new bathroom (it can be yours for a low, low fee!) The walls are a light, light gray and the tile is Travertine. Can anyone suggest a shower curtain color? It feels awfully sterile in there. I have to keep it neutral though since we want to sell, and cheap because the shower won't be mine long enough to justify too much effort. 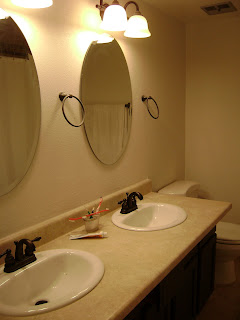 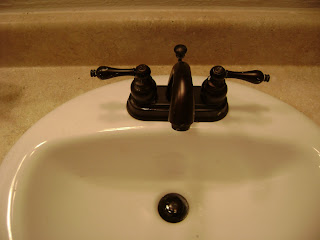 Up close of fixtures and new counter top. There is no natural light in there, I swear it isn't a dungeon. 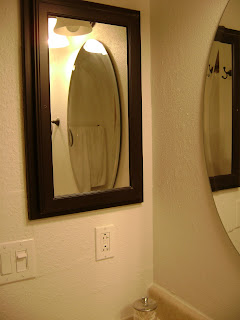 New medicine cabinet and a dimmer for the lights since they tend to blind Whichever Thinks They Can that is laying in bed asleep. 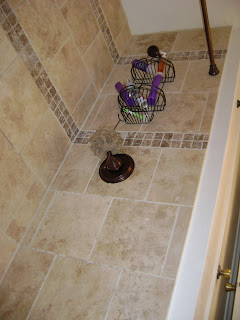 Awwww, the shower. It is a walk in and it is beautiful. We moved the shower head up about a foot which makes the water pressure amazing and even a really tall person could shower comfortably. 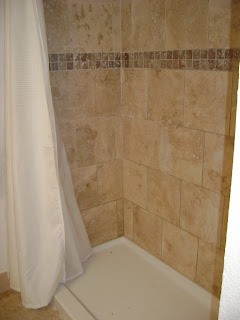 Link to the shower pan and a shot of my white waffle weave shower curtain. 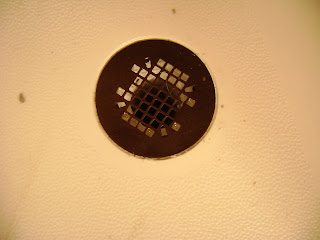 Gratuitous shot of the 2.5 inch drain that now even my long hair can't clog up!

So what are your thoughts? What color should I be using here?